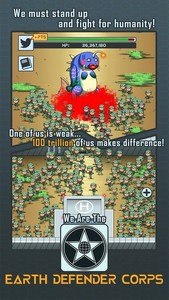 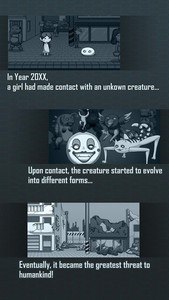 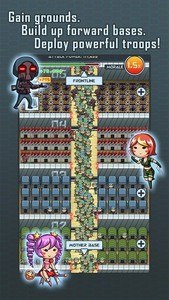 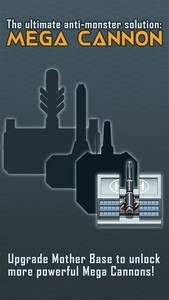 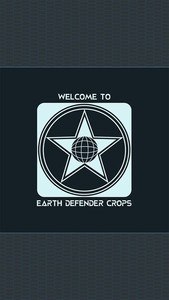 100T Earth Defender is a crazy battle trillion simulation game.
Build bases, send infantry against the monsters!
And don't forget to arm with your secret weapon in the mother base! Save the Earth now!

In year 20xx, an unknown lifeform appeared and started to evolve into monsters. The survival of humanity is at stake!

However, we will not surrender! We must stand up and fight! We are the last hope of humankind!
One man is powerless, but 1 TRILLION will make different!
Guard the earth now!

We are the united force of the Earth. We, are the Earth Defender Corps!

-Send trillions of infantry towards the frontline, non-stop!
-Kill monsters. Gain grounds. Build new forward bases to deploy more powerful troopers!
-Use the secret weapon built in the mother base to win the battle!
-As a commander, your presence will boost the morale of the troops and they will fight better!
›