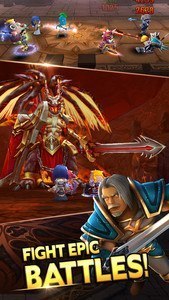 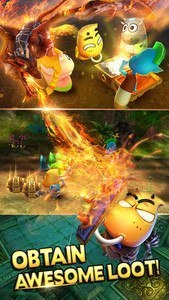 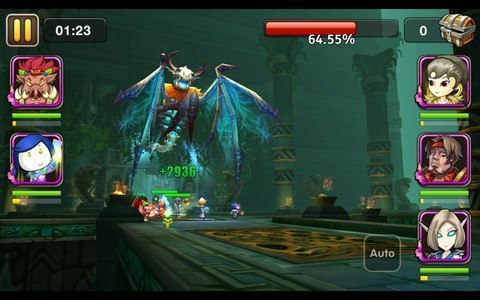 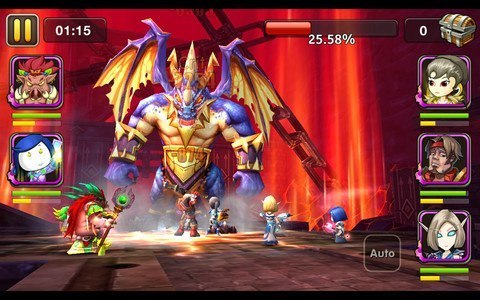 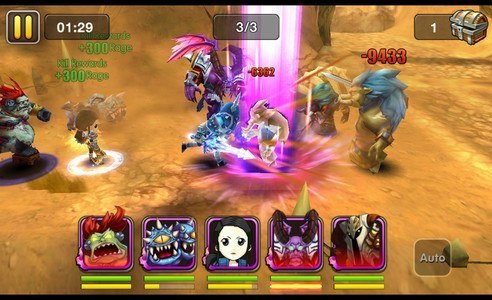 Join Rush of Heroes, THE ULTIMATE Action-RPG experience with high-quality 3D visual effects and fully interactive battles. Command a really self-aware team of heroes in their quest to fight monsters and epic bosses for the sake of awesome treasure. Unlock and explore hundreds of new quest lands, form guilds, fight challenging foes, dominate players in PvP arena, and even master your occupation in fishing and mining! The possibilities are endless. Gear up and get ready for battle in RUSH OF HEROES!

Highly Complex Game with Endless Items and Updates:
• Over a thousand weapons and armor pieces that can be acquired with powerful, unique rare items that will help you shatter your enemies. Equip gems to your gear to get an edge over your opponents! Learn hundreds of skills and abilities while you unlock over 40 heroes, each with their own strengths. Be a main tank, healer, mage, rogue or hunter and evolve your skills to unleash earth-shattering powerful abilities that shift the tides of battle.

Embark on the Journey For Powerful Loot:
• Take part in treasure hunting through mazes to unlock powerful chests of gold and rare legendary items. Join your friends in guild raids and share the drops while taking down epic bosses. Your heroes may seem small, but with the right gear and support – they can take down even the most challenging encounters!

Take Part in Arena PvP and Dungeon Rushes:
• Perhaps the most exciting aspect of the game for many players! Attacking your enemies is an exhilarating opportunity to loot their items and gear! Ranking high in the arena allows you to receive MASSIVE daily rewards. Think you have what it takes to compete in Frostland? Take down consecutive PvP enemies for progressively superior rewards!

Join the Rush of Heroes for an exciting action RPG experience like no other! Battle through extensive dungeons, slash down enemies through levels, take part in guild wars and be the best in the Arena! Are you prepared?

NOTE: A network connection is required.

Need support or have questions about the game? Visit: http://fireflygames.helpshift.com/a/rush-of-heroes/ or email us at support@fireflygames.com or contact us in game by going to Help > FAQ & Contact Us.
›

Download Rush of Heroes 2.1.1 APK Android Game for free to your Android phone

Alternative Games to Rush of Heroes