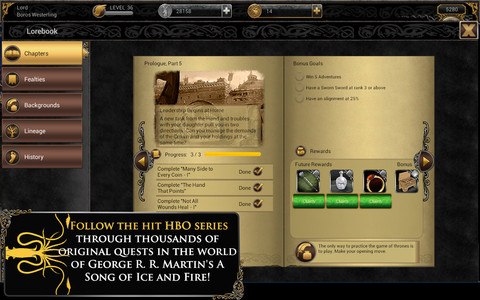 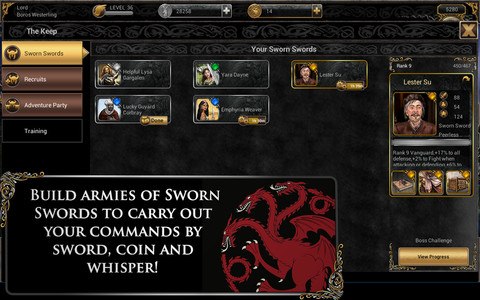 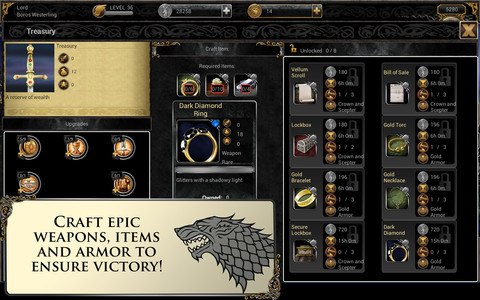 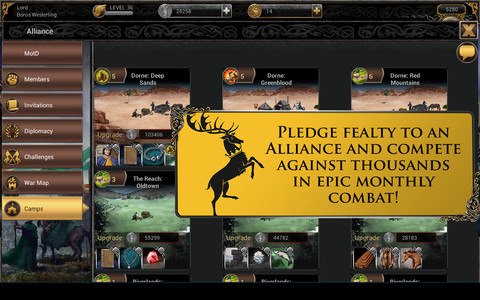 Disruptor Beam's award-winning game based on HBO's Game of Thrones has come to Google Play! See what 4,500,000 players are already raving about!

Build your noble house, embark on quests and rise in power in the Strategy RPG based on the hit HBO series Game of Thrones and George R.R. Martin’s novels A Song of Ice and Fire!

"Dripping with enough fan service to please even the most hardcore Game of Thrones fan." - Touch Arcade

"[a] wildly popular social/mobile game that manages to capture the intrigue of the popular TV show." - Kotaku

"Jon and his designers took great pains to make sure the flavor of the novels is here. I saw alliance building, treachery, marriages, murders, and most of all the constant struggle to be the greatest house in Westeros." - George R. R. Martin

EXPLORE THE STORY LIKE NEVER BEFORE
Your quest begins in the days before the mysterious death of the King’s Hand. With over 2,500 quests and dozens of adventures, your decisions impact how the story unfolds!

CHOOSE YOUR BACKGROUND
Are you a fosterling or a hedge knight? Do you follow the Old Ways or worship The Seven? Shape your identity within the world of Westeros!

PLEDGE FEALTY TO THE GREAT HOUSES
Swear Fealty to one of the great houses - Stark, Lannister, Targaryen, Baratheon, Tyrell, or Greyjoy - and consort with familiar characters. Perhaps Tyrion will drop by for dinner, or Ser Jorah will check in on your support for Daenerys? Or maybe you'll find yourself at Robb Stark's side in the feast hall for the infamous Red Wedding!

FORGE YOUR ARMY
Hire a legion of Sworn Swords to send on Adventures and explore Westeros!

ESTABLISH YOUR NOBLE HOLDINGS
Build up your Keep to craft gear and items, accumulate wealth and improve your stats.

COMPETE AGAINST MILLIONS OF PLAYERS
Earn points towards your Power rating, improve your global ranking, and rule your friends! Sign into Google+ to compete in the power leaderboards, or challenge friends to match your Achievements!

FOLLOW THE SHOW
Frequent updates with content matching new episodes on HBO! As each episode airs, see new quests each week and explore the show like never before! Create your story through Seasons One, Two, Three, and Four to create your own history in our unique Volume You!

Prepare yourself: Winter is Coming!
›