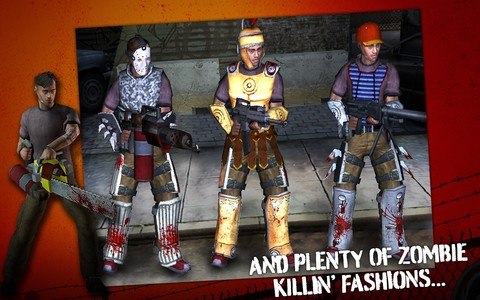 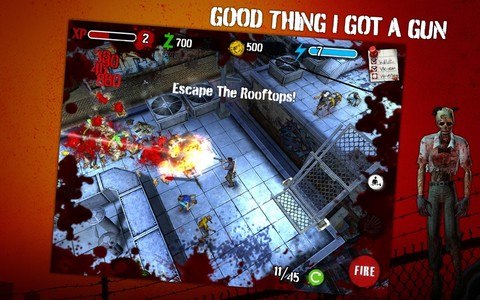 “The city seems strange these days.

All the bars shut down, nowhere to get a drink and relax…
And these damn zombies everywhere you turn!
Already killed so many of ‘em but they just keep on coming.
Only good zombie is a dead zombie. Good thing there’s plenty of guns around.

Still, wish there was some place to take it easy for a while.
Some place up high where a fella could catch a break from bashing zombie skulls.
You know, a “Zombie HQ??? of sorts…???

The ZOMBIE INFESTATION in the city is seriously getting in the way of your down time.
Take back your city and reclaim what is yours!

Scour the streets for salvage to get BIGGER AND BADDER GUNS, explosives, and other zombie-killing weapons.

RESCUE SURVIVORS from the zombie horde and airlift them to safety for BONUS REWARDS.

Then catch a breath in your ZOMBIE HQ. Deck out your ultimate man-cave with pool tables, hot tubs, TVs, turntables, plants and more!

➤ Zombie KILLING action and tons of MISSIONS to choose from, including scavenger, food drop, boss battle and more!

Zombie HQ is free to play, but you can choose to pay real money for some extra items. You can disable in-app purchasing by adjusting your device settings.

Note:
Your saved progress and all currency will be lost if you uninstall the game from your device.