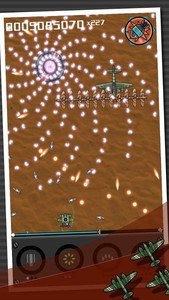 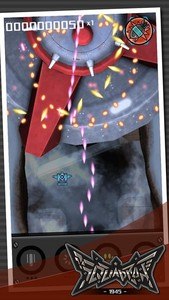 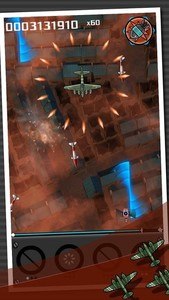 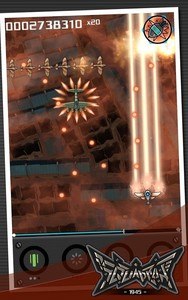 Magma Mobile immerses you in the retro-futuristic world of an elite squad formed by four warplanes in this epic bullet hell shooter game.

Your mission is to get rid of an unknown enemy strike force. Since the destruction of the old general headquarters, raids keep increasing.

"There is only one solution, to find and to destroy the BIG BOSS."

Your squad must pacify 30 war zones. Between narrow dodging and projectiles bursts, levels come one after another in a frenetic pace. The enemies are many and varied, their successive explosions offer an epic spectacle of destruction.

• Put your nerves and your agility to the test through 30 levels
• Beginner or expert, choose from four difficulty modes
• Control the warplanes with two flying modes: normal and enhanced
• Collect in-game bonuses and get out of tricky situations
• Compare your scores with other players around the world
• Become a top fighter pilot by collecting all stars and unlocking all achievements

Reverse the course of the war, download Squadron 1945 for free today!
›