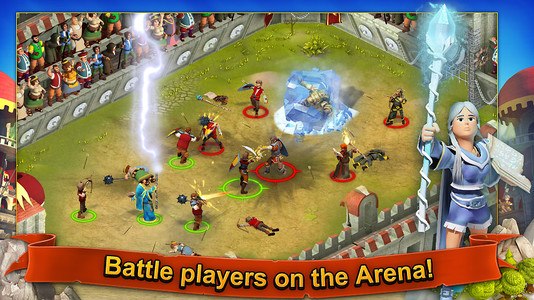 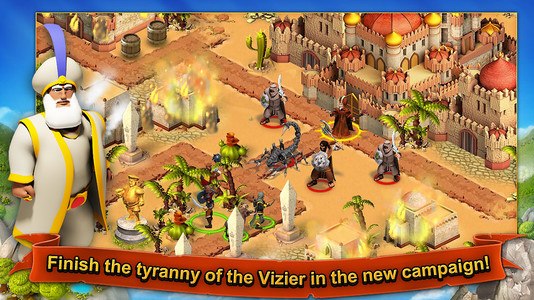 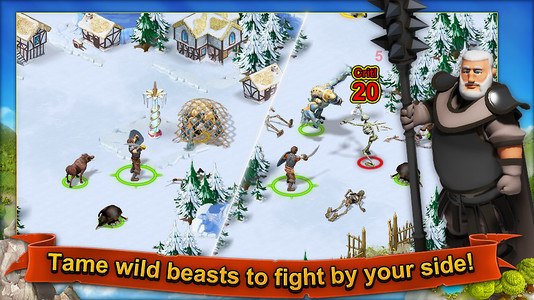 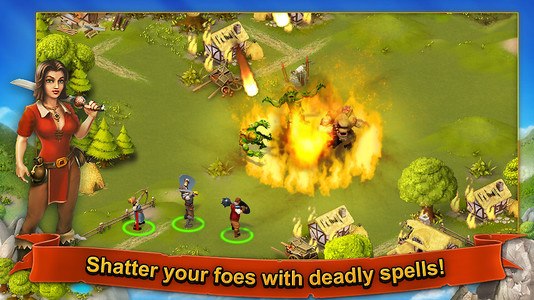 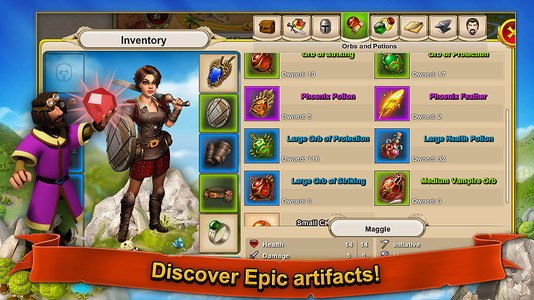 An epic RPG adventure awaits you in Rule the Kingdom! Outfit your character, train your loyal band of warriors and join the battle against trolls, skeletons and other baddies to save the empire from evil! Build homes for your workers, produce goods in your workshops, fortify your stronghold, and farm crops to feed your subjects in your quest to build a thriving kingdom!

- Win thousands of battles with your loyal troops, defeat legendary foes, slice and smash your way through their minions while an amazing storyline unfolds through thousands of quests!
- Experience the ARENA! Earn reputation and unlock unique items!
- Master the new gathering professions and CRAFT amazing items!
- Learn arcane battle magic and unleash dozens of screen-shattering spells upon your enemies!
- Train your squad of hearty warriors who will remain loyal to the very end!
- Enhance your hero’s battle prowess with hundreds of unique items and forbidden potions!
- Craft legendary artifacts to help smite even the deadliest foes!
- Rebuild your lost kingdom: construct dozens of productive buildings and help your subjects as their wise and kind ruler!
- Take charge of production on one of your many farms for your kingdom to thrive; order your subjects to gather resources, such as wood, stone and oils to keep your kingdom growing!
- Face the many dangers lurking in the dark corners of the Empire; battle through lush forests, scorching deserts and snow-blasted tundra to become a true hero of the empire!

Download Rule the Kingdom 5.04 APK Android Game for free to your Android phone

Alternative Games to Rule the Kingdom