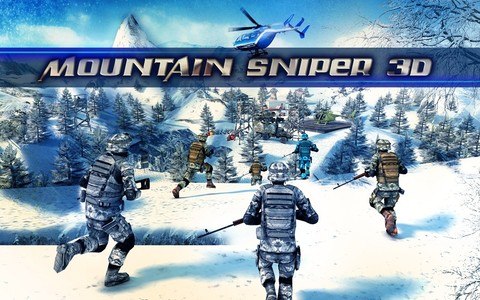 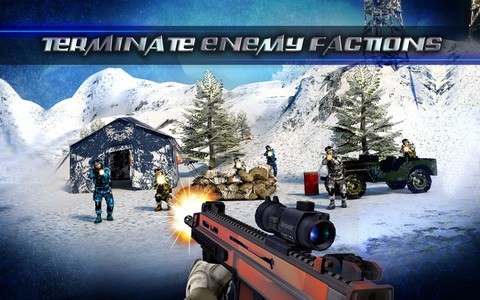 On a frozen mountain terrain, with formidably low temperatures, you are about to enter a massive frontier where only strategy and precise aim will save you.
With stealth missions, accurate shooting, strategic moves and enemy tactics, this is going to be one wild ride.

Mountain Sniper Killer 3D FPS features:
• Beautiful 3D graphics of frozen war zones on a mountainous terrain
• 20 Challenging levels with missions including attacking the enemy supply convoys, preventing enemies from occupying strategic positions, and attack and destroy missions
• Various weapons and special forces artillery including sniper rifles, assault rifles and grenades
• Earn experience points with your precise shooting, get energy refills and collect gold
• Get extra features such as Shields for temporary immunity, Medical kits to increase health and Time Freezers
For exciting gameplay and a thrilling war game, Mountain Sniper is a MUST play! Watch out for the enemies as they gain upon you unless you know how to stealth. Achieve greatness for your country using your best shot.