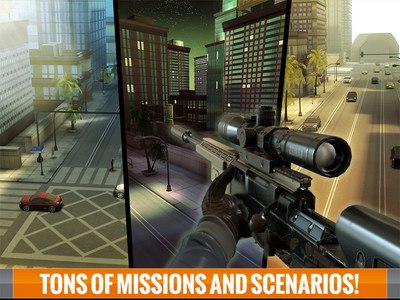 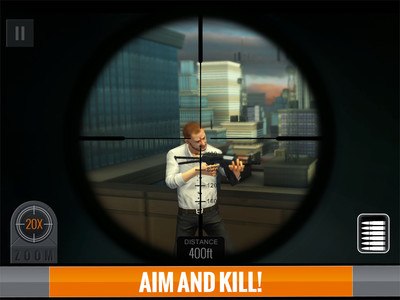 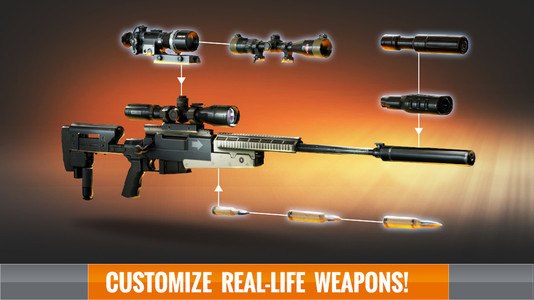 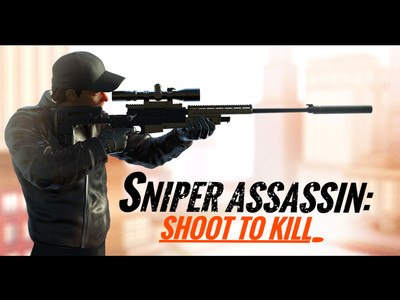 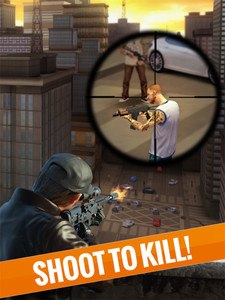 AIM and SHOOT! Download now for FREE one of the best fps shooting games!
Start the killing: FIGHT the global war on crime and become the ULTIMATE SHOOTER.

Get yourself a gun and start shooting.

Sniper 3D Assassin® in 7 words: great gameplay, awesome visuals and entertaining missions. And best of all? It's a free fps game to pass the time!

DOWNLOAD the app for FREE now and don't miss amazing NEW CONTENT on periodic UPDATES. If you like fighting games, you will love the cool Sniper 3D game!

Not decided yet if you're UP to the CHALLENGE?

Forget those dumb, repetitive shooting games. Here, your duty will include racing against time, exploding helicopters in american cities, killing zombies and quite a few shots in slow motion. But can you solve the puzzle, save the victims and kill only the right target hidden in the crowd? Can you stop the virus from spreading?

Read what millions of extremely happy players have say about Sniper 3D. Check out our reviews!

Sniper 3D Assassin® is brought to you by Fun Games For Free.

The best first person shooter (fps) action game! Be the best professional sniper in every environment!

● Hundreds of mission:
"Alpha, Bravo, Charlie, do you copy?" The president needs your help. Find the target, aim, and shoot on all the bad guys. They don't stand a chance.
Save the state secrets from the rogue agents and spies, and stop them from spreading a terrible virus. Do you have the skills? Help your country in the massive nuclear competition. Be accurate and save the hostages and victims of the enemy. Help the resistance of the dictatorship.

Start racing to kill a zombie army and prevent global war and destruction. Don't leave any zombie alive: start to shoot and kill them all! Are you prepared to all the action and adventure in this awesome fps shooting game?

And don't forget, soldier: this is dangerous and you are alone! Fulfill your contract and you are rich. Fail, and you die.

● Unblock badass weapons and upgrade them with evolutions in the arsenal:
Buy the best Sniper rifles, assault rifles, shotguns or Pistols that exist with the gem you earn in the game! Upgrade the ammo, the grip, the calibre to get bullets that inflict more damage, better range, scope, stability, or zoom. Will you choose the hunting rifle, the awesome assault mp5 or a gun Glock or colt in the armory?

● Play it anywhere
Sniper 3D does not require you to be always online in order to have fun. You can enjoy it offline in the subway, while flying on a (real) plane, in the car on the road, during services in a temple (or maybe even on toilet!). From time to time, it may be necessary to download additional (free) content online.

● PvP mode
Try out the pvp mode: prepare your gun and hunt your enemy. You should kill him first. The pvp mode will test your speed in killing and hunting. Take long and you will be dead. Get into action now and enjoy the adventure in this top shooting game!

● Limited data usage
Our game will not consume tons of data from your mobile plan that you'd want to use instead to surf the web, watch youtube videos and listen to free music. Have fun with limited data usage.

● Compatibility and support
We're continuously working (hard) so that all Android phones and tablets run the game smoothly. Please report any issue you may experience at https://www.fungames-forfree.com/games/sniper3d

● Disclaimer
Sniper 3D Assassin® is a free game but it contains mature content and optional in-app purchases for real money. You may want to keep away it from your kids and younger boys
›