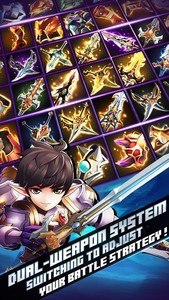 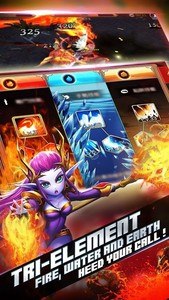 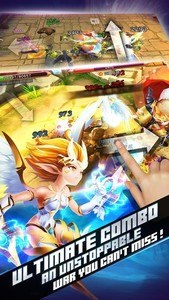 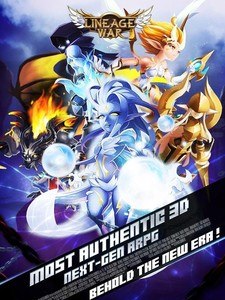 Sorry for Being Late!
Are you ready?!
Greatest 3D next-gen ARPG game beyond all expectations!
Play with people worldwide! Fight for your nation!

Lineage War, a free, brand new magic mobile game, trans from Human beings, elves, to half-beast men, begins with a noble warfare between evils and goods.
Players, are destined to be the legends, along with heroes and champions, fight for Freedom and Honor! Let's rolling !

Game Description:
The 3-spilted human world was quite peaceful with no clashing after the three kingdoms as named Gracier, Adam and Elmore had signed Non-aggression treaty. The balance was broken when Gracier and Elmore raised by allying as Gra-El Empire and stroked Adam, killed the King while raiding the clans of half-beast men and elves for gold. The royales, who is in charge of Adam, has sent brave knights to war frontier against Gra-El without success, so they decided to cooperate with elves.However,it didt work out and Gra-El crushed Elves' capital. Before his death,the King of Elves summoned his guardian dragon to safeguard his successor to Adam for protection. Also, the future-Lord has to look for the magic weapons and followers ready for revenge and restoration. This is how the war begins! You, my lord, is in charge now! You have our soul now! Please lead us for the coming wars and win the throne back!