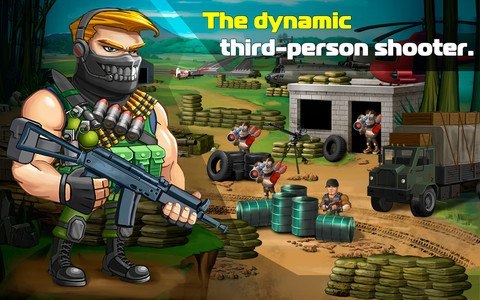 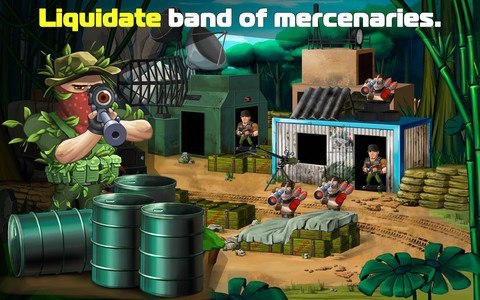 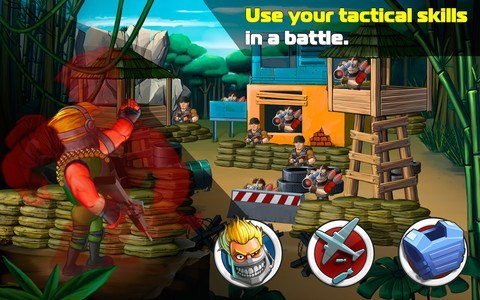 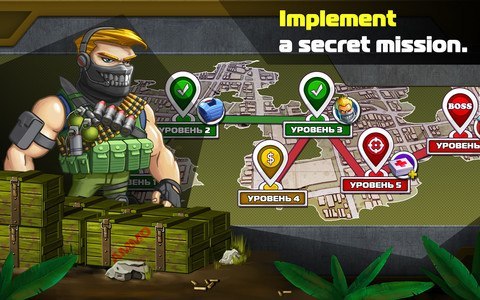 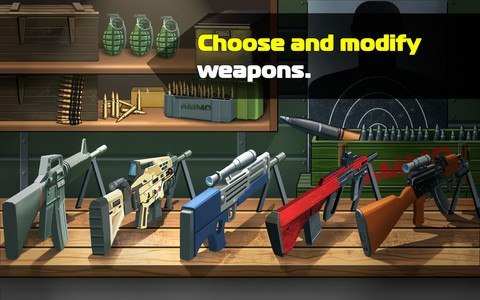 Elite soldier - is the dynamic and unpredictable third-person shooter. You will enjoy the spectacular action in the deep jungles of Amazon, where are the base of armed snipers contrabandists. Our sniper is a soldier of an elite unit of the secret "SUPER" task identify the location and eliminate all enemies. Be always ready to attack.
You will be in an amazing battle. Make your first shot!

★★★★★Game features:★★★★★
- An exciting third person shooter (TPS) with the ability to use additional tactical actions in combat.
- Offline game, you can play in it without Internet connection.
- It is possible to download and play free. You can buy additional services.
- Dynamic shooter in which you should quickly react and eliminate targets.
- More than 20 colorful levels with jeeps, tanks, helicopters, roadblocks and barricades, behind which are hidden enemies.
- The enemies: snipers, bombers and mercenaries - your task is to eliminate all. Feel like an elite soldier.
- The emergence of band enemies snipers unpredictable, which makes the game more excitement.
- Huge selection of weapons: assault rifle AK-47, the basic rifle M4A1, Steyr AUG automatic rifle, assault rifle SCAR-H, WA2000 rifle and body armour will make you unbeatable in battle with enemies!
- Use in combat tactical skills.Take advantage of the adrenaline which makes you fast and furious, or produce the air strike and smash the enemy base.

★★★★★Shoot★★★★★
Do you like shoot at targets at a shooting range? Do you like the game on the reaction? Or maybe you prefer actions? Then ELITE SOLDIER is for you. Faster take rifle and fulfill mission!
›