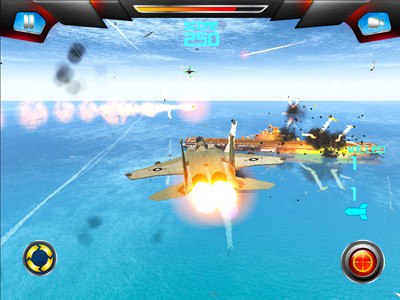 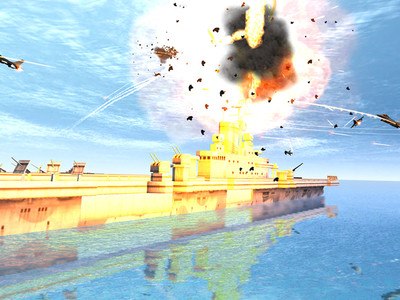 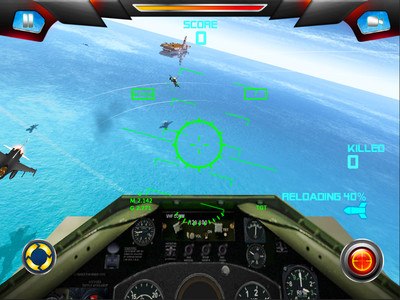 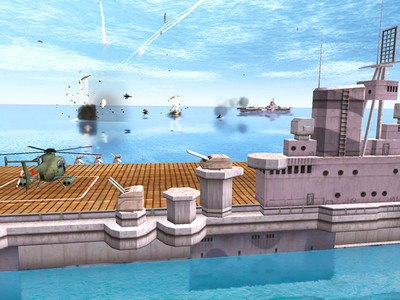 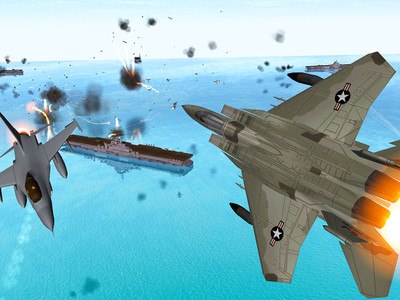 Enemies are attacking the carrier and all pilots must report to the deck! Pilot the worlds most sophisticated air combat machines and take to the skies in this jet fighting blast of a flight sim!

Fire missiles, guns and drop napalm on your foes! Dog fight with the worlds best and claim victory for the war!

Become a top gun beach bomber. Fly fighter jet planes on missions in war zones across the Atlantic ocean. The army and navy need their best pilots for this important mission. It's a war zone, metal slugs flying everywhere and plane storms are rolling in from the south. Enemy bogies are everywhere and the fighter aces are called to do their duty! A beautiful day and a devastating flight sim! Drop your bombs on the beach and watch your missiles go boom!

A fighter aircraft is a military aircraft designed primarily for air-to-air combat against other aircraft, as opposed to bombers and attack aircraft, whose main mission is to attack ground targets. The hallmarks of a fighter are its speed, maneuverability, and small size relative to other combat aircraft.

Many fighters have secondary ground-attack capabilities, and some are designed as dual-purpose fighter-bombers; often aircraft that do not fulfill the standard definition are called fighters. This may be for political or national security reasons, for advertising purposes, or other reasons.

A fighter's main purpose is to establish air superiority over a battlefield. Since World War I, achieving and maintaining air superiority has been considered essential for victory in conventional warfare. The success or failure of a belligerent's efforts to gain air supremacy hinges on several factors including the skill of its pilots, the tactical soundness of its doctrine for deploying its fighters, and the numbers and performance of those fighters. Because of the importance of air superiority, since the dawn of aerial combat armed forces have constantly competed to develop technologically superior fighters and to deploy these fighters in greater numbers, and fielding a viable fighter fleet consumes a substantial proportion of the defense budgets of modern armed forces.