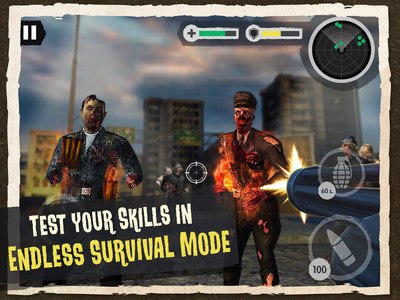 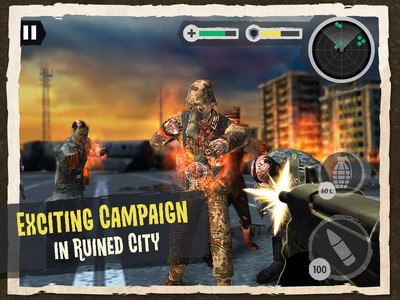 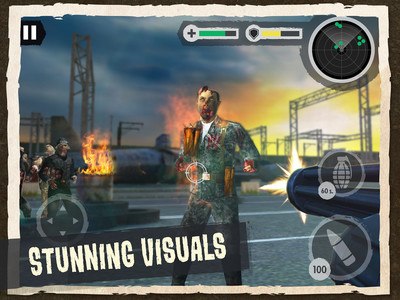 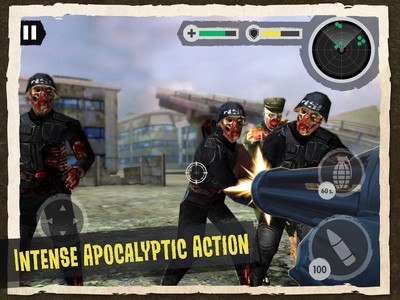 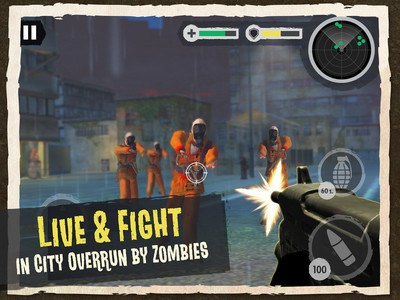 It is 2023 and the zombie apocalypse is happening right now. Terrorists have unleashed a deadly virus that turned a battalion of soldiers into crazy zombies. Your name is Rick Ashley and you're the only survivor. Your final mission is to destroy the zombie infestation sprawling over the city. Download now and get right into first person shooter action.

The last stand
You are the only survivor from the New York's resident army battalion. Left stranded after an evil attack by the GORGON terrorist organisation. The attack consisted of a strike with a warhead containing a deadly zombie virus - effect of sinister bioengineering done by GORGON's deranged scientists. You almost gave up all hope until a single radio call from the command came: destroy the infection at all cost!

Call of the dead
You'll have to fight hard to fulfill your duty on the modern battlefield. Bio warfare has changed the frontline. You'll need to dive right into the dead zombie army to have any hope of succeeding in avenging your battalion. Your late brothers in arms are now a mindless horde determined only to eating your brain. You'll have to use your guns and grenades extensively to proceed on your impossible mission. As an resident avenger and a survivor you are morally challenged in your one-man counter strike against the GORGON's sinister wrongdoings. Your duty is to prove on the battlefield that the army are the hunters, not the deer. Target the zombies, pull the trigger, watch them fall dead around you.

Commando assassin
You were trained on the frontier as an elite sniper specializing in counter terrorist strikes. Your expertise will prove very useful on the zombie front. You'll have to combat the zombies with a weapon of your choice: either an modern automatic rifle or an extremely deadly mini gun. The only effective way to kill your zombified battle brothers is to shoot them in the head - shooting their arms will deal only low damage. Learn the rules of combat well if you plan on surviving this mission, soldier. Keep your finger on the trigger and target the dead carefully.