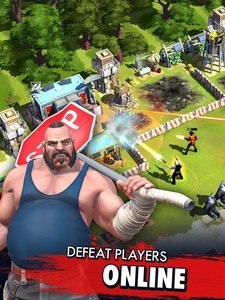 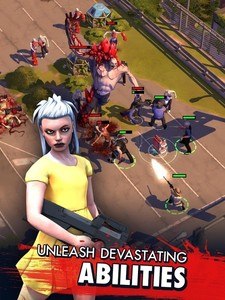 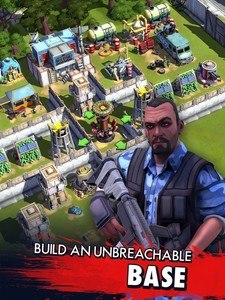 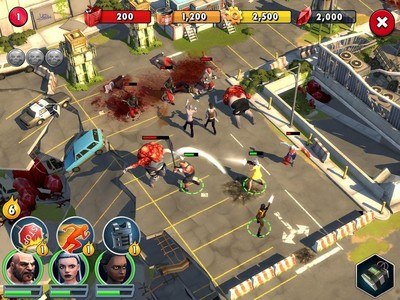 Do you have what it takes to survive Hell on Earth?

Begin a desperate struggle to stand among the living in this bold action-strategy survival game. Find the last humans on Earth and train them in the art of survival as you wage war against the apocalypse. Build defenses to protect your camp from an army of raiders and battle against the living in online multiplayer missions. Kill leagues of undead walking the city as you begin fighting for the secret behind the infection that ended the world.

COLLECT SURVIVORS
Each survivor has a unique fighting ability and backstory to discover. From the enigmatic Kane to the bow-wielding Rosie, not everyone is what they seem.

DEFEND THE CAMP
Resources are hard to come by in the apocalypse. Keep enemies from walking in and taking your supplies with Watchtowers, Flamethrowers and other deadly defenses!

WIPE OUT THE DEAD
Exterminate zombie-infested camps to collect resources and shoot to kill any evolving monstrosities you encounter as you play action-packed tactical missions.

GRAB YOUR WEAPON
Shoot the undead in the Zombie Hunt mini-game to unlock RPGs, explosive Satchel Charges and other devastating weapons of war you can shoot off from your apocalypse-ready van!

PvP WITH STRATEGY
Form an army of skilled scavengers to battle rival players from around the world in online PvP. Steal their precious materials, gather more weapons and amass victories to raise your rank in the global multiplayer leaderboards.

WAR FOR SURVIVAL
Collect enough PvP victories to place in a league. Stay strong and defeat more rival raiders to climb the highest leagues and tower over the global multiplayer leaderboards.

OVERCOME THE APOCALYPSE
Master a new layer of strategy as you take control of the action during raids. Direct your survivors in the fighting to kill every threat by making tactical use of their strongest abilities in order to free humanity from its plight.

LIVE IN-GAME EVENTS
Log in daily to get free bonuses, including a new survivor. Play the Daily Bounty quests to obtain valuable resources and battle the undead in limited-time Infestation Seasons and unique seasonal events.

BECOME A LEGEND
Scavenge resources and rare items to upgrade your buildings and survivors. Create an unbreachable camp and become the ultimate army of the waste!

ZOMBIE ANARCHY™ is an online tower-defense game that is free to download and play. However, some game items can also be purchased for real money. If you don't want to use this feature, please disable in-app purchases in your device's settings.

Catch the infection and fight the dead now!

This app may contain third-party advertisements that may redirect you to a third-party site. Terms of use: http://www.gameloft.com/conditions/