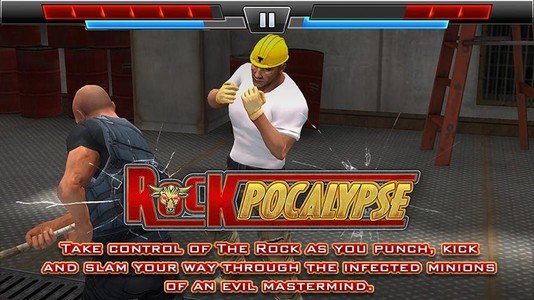 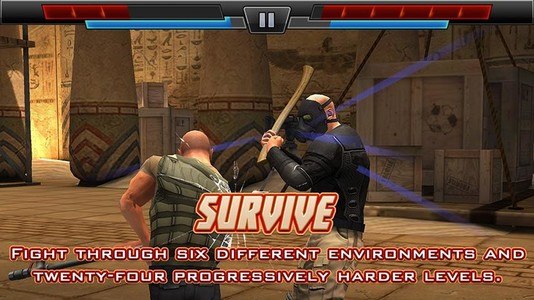 It isn't the end of the world until The Great One says it is.

Studio 51, Hollywood, CA. The Rock is on set filming his latest movie when suddenly everything goes terribly, horribly wrong.
People on the lot are changing - becoming infected with a mysterious pathogen that turns them into violent, angry beasts.
The Rock knows he is the only one who can end it and end it now - but to do so he must battle his way though the different sound stages to get to the source of the problem and save us all.

=> Take control of the Rock as you punch, kick, and slam your way through the crazed goons of an evil mastermind.

=> Improve your game through upgrades to health, stamina, attack, slam stats as you progress through the game.

=> Earn in game coins to purchase weapons and clothes to improve your stats.

What's New
=> Surprise and stun your enemies with the new Thunder Cookies.
=> Added two enemy types, two new levels, and eleven additional weapons.
=> Updated fighting system for more responsive attacks
=> The fight progression has been changed to an arcade style progression.
Fight as far as you can or challenge these early enemies again to earn more coins and xp.
=> Changed Pie system: all purchased pies will be converted into Cherry Pie which will fully heal the Rock.