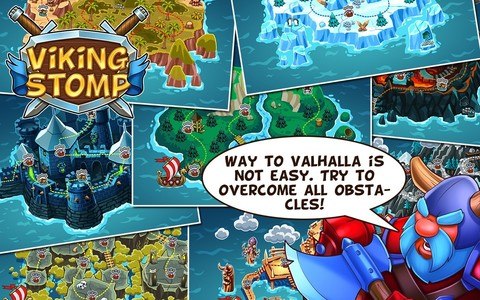 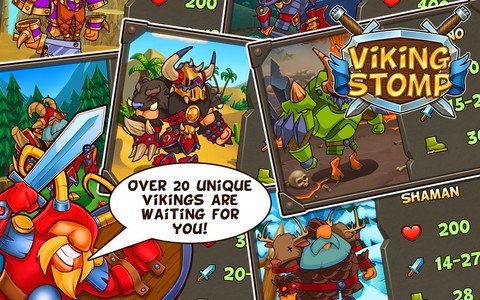 Grab your battle axe and join your crew on the Drakkar! Viking Stomp is waiting for you!
Hold numerous battles in the midst of the ice lands, green valleys or even on the deck of the Drakkar!
Lead your men and use their skills wisely.
Everyone has their own special abilities and it is up to you to learn them all!

What's New
Mortals, hear the Odin’s voice!
- Vikings got the power of their gods! Find runic stones in the magic chests and use them in battles.
- Well-known characters appeared in new appearance! Now your warriors have new stats and start to use their equipment differently.
- Regular combats are half the battle! Explore dungeons and receive reward which is worthy of a great warrior.
- Prove your superiority and take part in PvP – battles! Only the ace of aces is worthy to be the best in the Tournament!
›