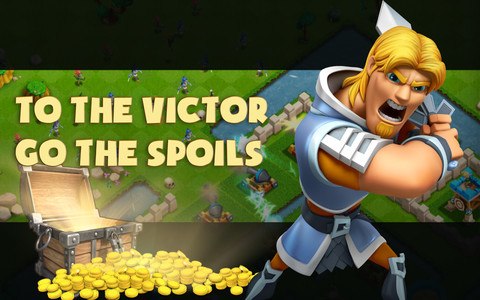 Go on single-player conquests for loot, attack other real-life players in multi-player battles, or join an Empire of other Commanders to partake in massive Empire Wars with friends.

FEATURES
* FREE TO PLAY
* Grow your Titan Army! Collect up to 9 powerful Titans and take them into battle.
* Take control of war! Unleash your Titans’ special skills when and where YOU want them in battle!
* Join an Empire to Fortify, Avenge and War with friends to become the most powerful Empire.
* Open Treasure for resources to equip and level up your Titans!
* Compete to be on top in a new Grandmaster Season every month, and earn special Rewards for you and your Empire!
* Bolster your defenses with upgrades to your City and defend against the toughest of rivals.

We want to hear your ideas, suggestions, and problems. You can reach our in-house support team in game from the Settings Help menu and on http://titanempires.uservoice.com/ This app collects phone information for simple account recovery.
›