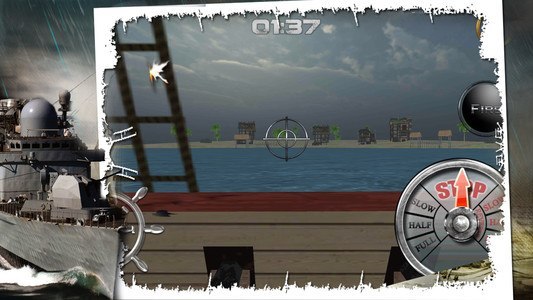 Captain “The Nickel and Tin”
Captain Murdoch is the most famous pirate of the time and his vessel “The Nickel and Tin” is the envy of the seven seas. He has the best cannon of all ships and has the best crew. The only problem is, other crews are trying to rob the towns when they all know its Murdoch territory.
To stamp his authority, Captain Murdoch will need to take out his cannon ship with all guns blazing, as his rival pirate lords will try to dethrone him of his spot, captaining some major cannon assault pirate ships of their own.
Plunder Towns, Defeat Rivals
Control your ship through the dark waters, with the ability to control speed through a slider. The vessel is equipped with high caliber cannon to demolish whole towns. Take your ship to the town and unleash. The faster a town is destroyed, the more loot can be gained.

But plundering towns will not be a straight forward tasks, as pirate lords from other seas are eyeing the same towns, and ready to compete you for it. Avoid attacks from their cannons, battling and removing them from the contest to run away with all the loot. Keep an eye out for your ship’s armor integrity, ensuring you don’t sink to the depths of the seas.