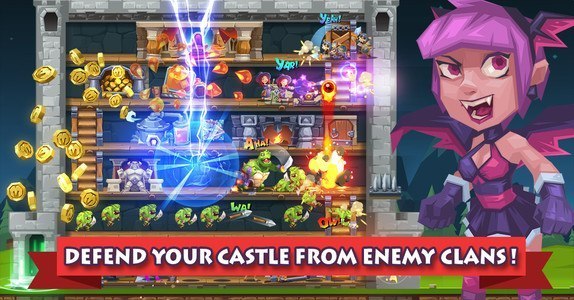 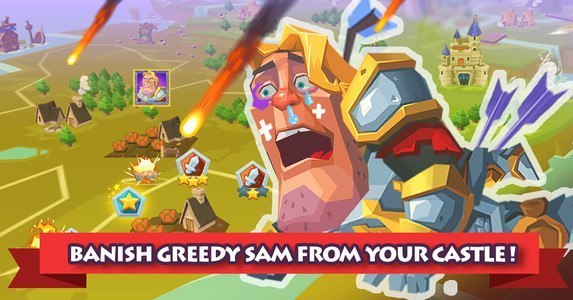 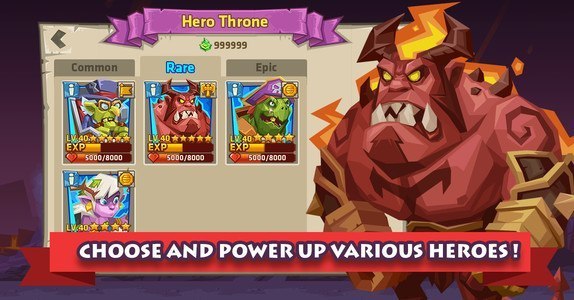 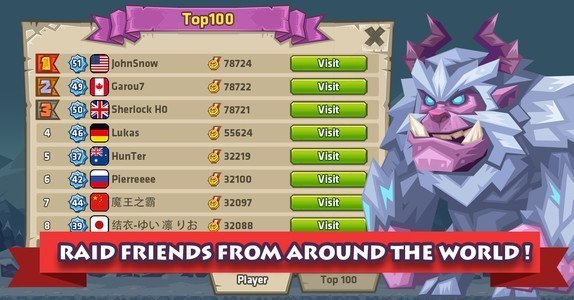 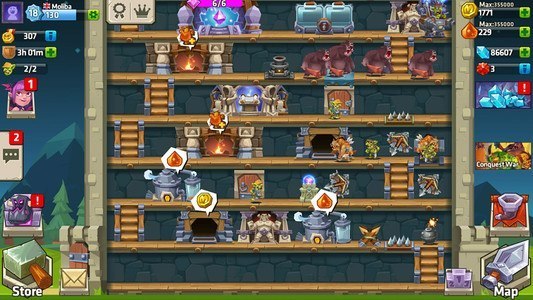 Late autumn is approaching. The castle is soaked in the shining moonlight. Greedy bats hiding in the dark and grim pumpkins running around. Along with the death of howling, the door of alchemical room was slowly opened. Orcs and Goblins are standing by. Armor up! It’s time to fight the humans! Take advantage of Monster Castle’s unique vertical tower defense gameplay to strategically fight your way to victory alongside millions of other players!

Monster Castle is celebrating its first anniversary with a very special update! Don’t miss out on the awesome content!
Brand new Troops and Buildings Transformation System that gives you extra battle force!
Use special formula to synthesize unique resource in the Alchemy Room!
Get your free Halloween Castle theme and collect Pumpkins to draw Epic Hero Grim Reaper!
The much awaited Layout Editor allows you to edit, save your castle layouts and switch between them whenever you like!

Enter a surprising new world of original characters, and have the time of your life as you make it to the top of the leaderboards!
FEATURES
● Arrange your castle defenses to dispatch of anyone who dares invade your base! Battle is easy to learn, but hard to master!
● PvP strategy: test out different strategies and discover a hidden system of clever battle tactics.
● Train your dragon to burn enemy castles to the ground and defend your own castle from attack!
● Fight opponents worldwide: join an alliance and wage war against players from around the world.
● Exciting daily missions: make your castle stronger every day by collecting Gold, filling your Wine Barrel, and much more!