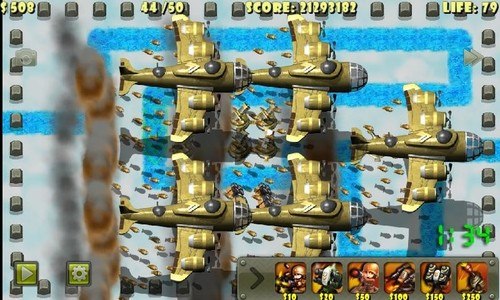 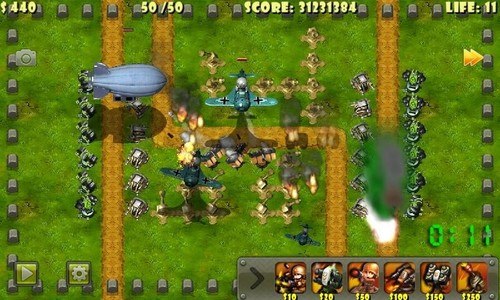 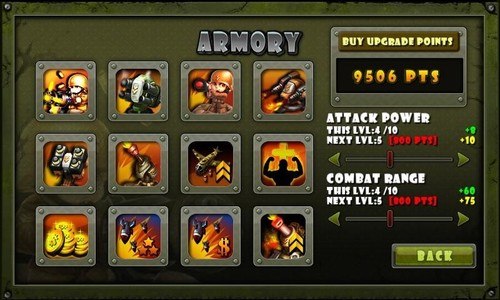 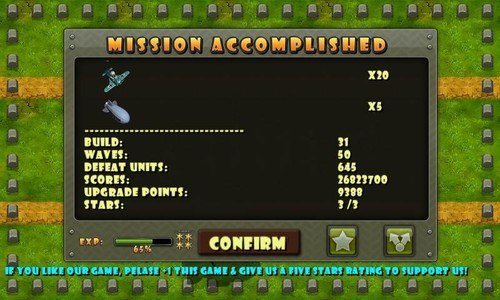 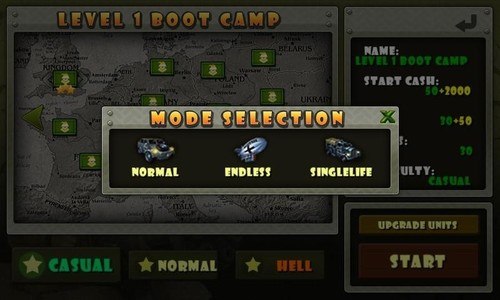 Are you tired of hard core defense games? Then, try this one!
This is an easy-to-play tower defense game in a very cute cartoon style.
War has entered the intensified stage: the city has been surrounded by tanks; the guards have lost contact with the main force. At this critical moment, how should you rescue your companions as a little commander? Take your heart and you may change the war!
In this game, you shall act as a little commander, who has taken control of a small troop temporarily. Your goal is to fight against the waves of enemies’ attacks!
While fighting against your enemies, you should to improve your strategy and become a better commander!
There are 6 different types of upgradable turrets available in the game; you should arrange them wisely on the enemies’ pathway to block them.