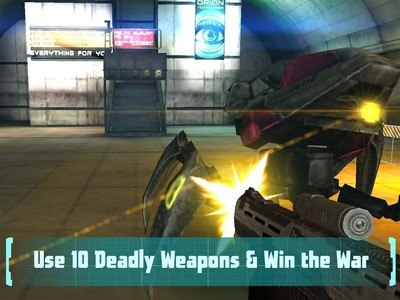 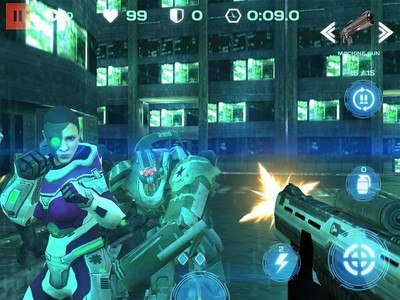 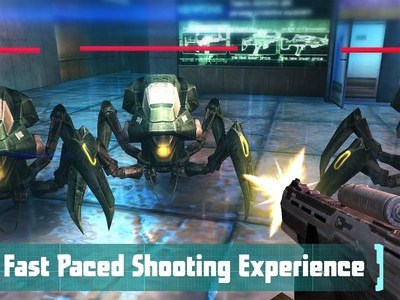 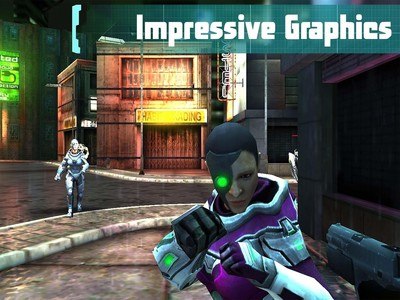 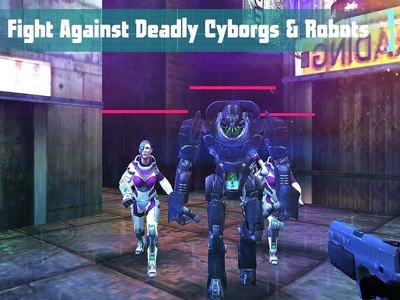 Save the humanity from destruction. Shoot your way through futuristic streets filled with deadly androids. Download for free now!

Features:
- fight as the last hope of mankind,
- kick out the invading robots from your planet,
- lots of guns to choose from,
- illegal androids to kill,
- beautiful and dark city filled with androids,
- fast and intense killing action,
- fight your way through the slums of a futuristic city,
- you are the last hero of humanity - act like one!

It is the year 2137 and the age of man seems to be at its end. Last remnants of the Earth's Defense Army fight against an impossible force - an endless onslaught of renegade androids and drones. Humanity has to fight together as brothers. They have to unite in arms to destroy the enemy. Here come the only guardians of the future of our species.

People used to be afraid of an invasion of aliens from the outer rims of galaxy, the interstellar space, but the enemy didn't come from the stars. Insurgent androids used to be our workers, cheap labor taking care of the most basic and hard work. Now they are the terminators of human lives. Through sheer numbers and restlessness they are winning the war and pushing people to hide in sewers, dying of hunger.

Become an elite commando on the frontline of humanity. Use your favourite guns to wage war with the machines. You can be an urban sniper or a modern assassin. The battlefield is yours, grab a shooter and head right into combat. Advanced killing tools like grenades, weapon damage output augmenters, and your trusty smart trigger will become your best friends. Warfare will be your 9 to 5 job. The call of war will be your only duty.

First person shooting games (FPS) are made for quick and concern free gameplay so you can play it anywhere you want in sessions as short as a few minutes. Want to become an android hunter for just an hour? Put your finger on the trigger. Have a free second to shoot advanced robots like defenseless deer? Come and get some dead drones!

The frontline has become a place of constant warfare between human commando forces and the insurgent robots. Get right into apocalyptic and dystopian cities patrolled by deadly drones programmed to kill every human they encounter. The only light you'll see is that of an dying star, a nova from one of the nearby star systems. Wage combat in the slums of a battlefield ridden world. Lock your hand dead on the trigger, you'll gonna need it. Your call to war is on, so don't forget about your duty to save the humanity.

The player hero was born on one of the Jupiter's moons. He used to be an ascending movie star, but the war with the androids made him change his career. He found that he has a great talent for hunting and shooting robots. His acts as one of the humanity's elite avengers gave him another chance to become famous among the people - he became a celebrity on the modern battlefield.
›