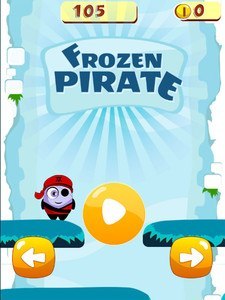 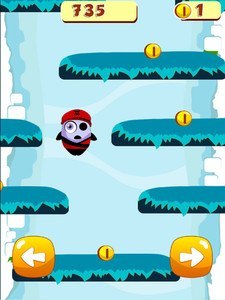 Frozen pirate is a game about cute pirate falling from iceberg using arrow controls you need to move the pirate and collect as much coins you can.

Game screen goes up so you just need to move player and fall on ice platforms.If player goes up with platforms then its game over.

Powers
Collect hearts to speed up the player, collect bombs and use bomb against enemy when they are on screen.
After collecting 5 hearts player will get fly with shield.

Enemies
Beware of flying enemies touching them will end up the game.

Collect coins and go down to make your own high score.
›