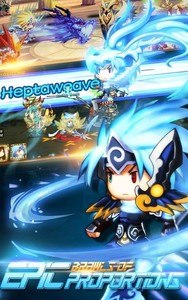 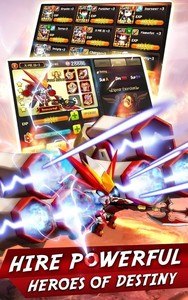 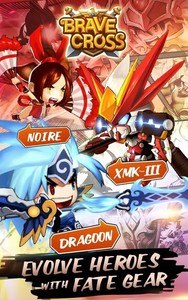 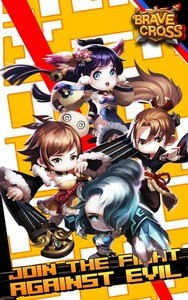 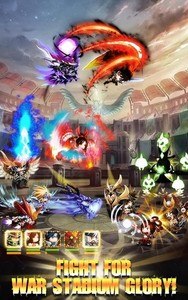 A side-scrolling action strategy RPG set in the Far East, you must join forces with your allies against the overwhelming forces of the tyrannical Zion. Traverse the lands and recruit an unlikely ensemble of heroes to save the kingdom!

***GATHER YOUR OWN HEROIC TEAM***
Chock-full of wacky heroes ranging from flame-punching brawlers to destructive mechanoids, it's up to you how your team attacks, heals and magicks its way to victory!

***CREATE & COMMAND TROOPS***
You won't be on your own in battle. Pick up at least 6 troop types of melee, missile and magic and pair them up with heroes to shore up your lines!

***TEST YOUR SKILLS & STRATEGY***
Your victory depends on your hero and skills setup, when you use them and how you utilize your troops. It won't be a cakewalk, but where's the fun in that?

FEATURES:
- Create your own unique team with 5 classes, 6 troops & 40 heroes!
- Level up and outfit your heroes
- Battle the Lair, Campaign and Story for more heroes, loot, fun and more!
- Join Guilds and raid monstrous bosses for epic loot, or just to make more friends!
- Pit your team in the Arena and compete for top dog!