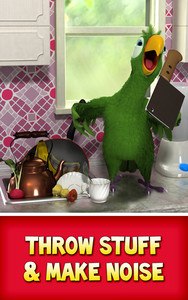 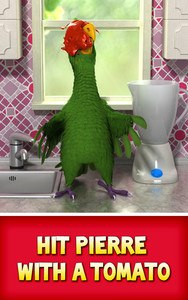 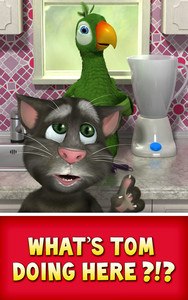 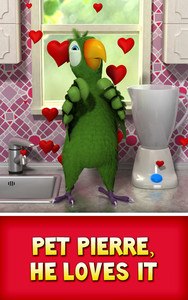 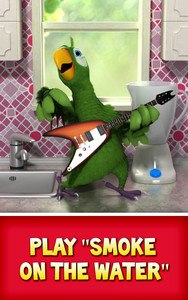 Talking Pierre is in the house! Are you ready for some amazing guitar shredding? Pierre now rocks Smoke on the Water, help him bend the strings!

Download Talking Pierre’s FREE and FUN app and enjoy yourself! He repeats, makes up his own sentences and more!

The genuine bonafide talking parrot has many tricks up his sleeve and he’s ready to have all the fun in the world with you! He repeats after you and makes up new sentences, he rocks it out like a true guitar hero and he dodges those tomatoes like a pro!

Enhance the fun by getting the FULL Talking Pierre app which is filled with new animations and responses!

*** FEATURES ***
Talk to Pierre: He repeats and invents his own sentences!
Play with Pierre: Try hitting him with a tomato, listen to him rock out on his guitar and have him throw cutlery at you!
Interact with Pierre: Rub his belly, poke him or have him jump the way you want him to!

This app is PRIVO certified. The PRIVO safe harbor seal indicates Outfit7 has established COPPA compliant privacy practices to protect your child’s personal information. Our apps do not allow younger children to share their information.

This app contains:
- Promotion of Outfit7's products and contextual advertising
- Links that direct customers to our websites and other Outfit7 apps
- Watching videos of Outfit7's animated characters via YouTube integration
- The option to make in-app purchases