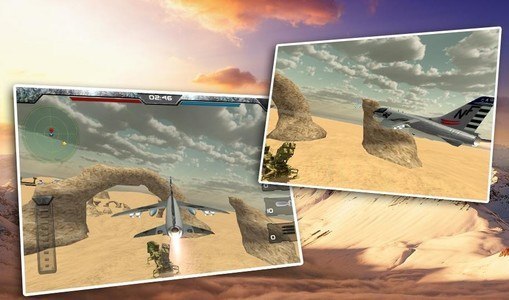 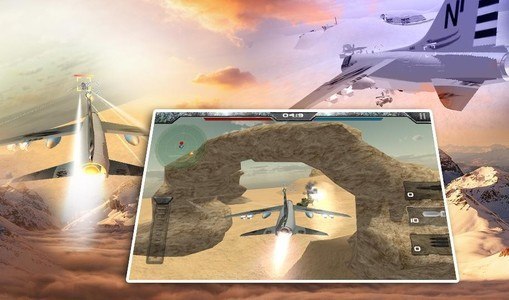 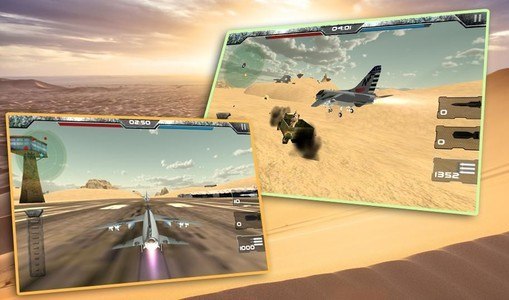 Gather up all your piloting skills against the might of fierce air and land gunner enemies. Navigate your world war themed airborne plane through tough conditions and immense difficulty to take down bombarding enemies, attacking through aerial and land routes.
The enemy territory is filled with an army of shooting enemies, fighter planes and guns. The whole territory is being guarded by heavy duty anti-aircraft guns, so it will not be an easy task, even for a fast flying jet, to infiltrate their base and retrieve important Intel, without exchanging some heavy blows.

Counter enemy attacks with your impeccable precision, timing and a host of assault weapons at your disposal, like the formidable Gatling Guns, which can reduce the size of a small population to none within minutes!

Gameplay
Controls your airborne plane through navigation controls and altitude adjustment to fine-tune your piloting. Use a primary machine gun, along with the powerful Gatling Guns, which will be unlocked for use as levels progress further.

Use radar system to track down aerial jet fighters and anti-aircraft guns targeting you with missiles from land.