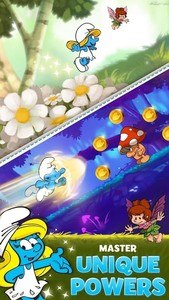 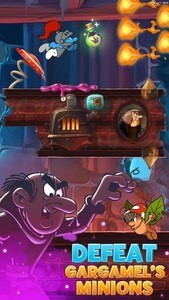 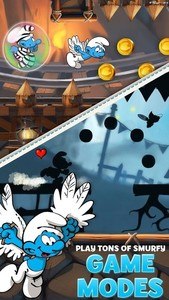 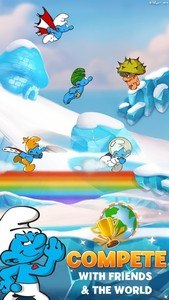 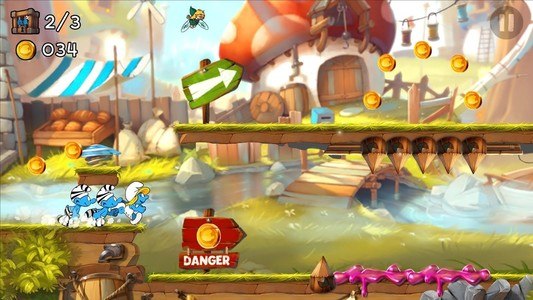 "*** SMURFS EPIC RUN: Experience the next generation runner game with gorgeous 2D graphics! Choose your favorite Smurf and embark on an epic adventure to free your fellow blue friends from Gargamel!***

Gargamel’s has cast an evil fog spell to capture all the Smurfs. The whole village is gone and you’re the only Smurf left! Run away from the fog, parkour a vivid world, gather powerful magic artefacts and save all your Smurfs friends to become the true epic hero of the village!

• RUN, jump, glide, rush, dash, parkour… your way through more than 100 levels to free all the captive Smurfs and defeat Gargamel’s minions!

• PARKOUR multiple locations of the Smurfs world including the village, the forest, the mine and Gargarmel’s Castle!

• PLAY with your favorite Smurfs including Smurfette, Papa Smurf, Handy Smurf, Brainy Smurf and more than a dozen other famous & funny characters!

• FREE each Smurf and use their unique epic powers (Dash, double jump, stomp, glide, magnet…) to rush through each level and set the best score.

• CUSTOMIZE your Smurfs with cute companions, magic rings and artefacts for awesome bonuses!

• RACE and compete against your runner friends & the world to establish the best score in the Weekly Tournament. Who will run the farthest in these weekly endless games?

• GATHER your team of blue runners and enter the Epic Adventure: a daily challenge where the danger is everywhere. But so are the rewards!

• COLLECT dozens of items from the Smurf universe to complete sets and unlock bonuses.

Smurf Epic Run is available in 12 languages, including English!

Stay on top of your game! Meet other players and get the latest news, deals, and more at:

• This game is free to download and free to play but some game items can be purchased for real money. You can disable in-app purchases in your device's settings.
• This game contains advertisements.
• Making any in-game purchase will disable interstitial ads forever.
›