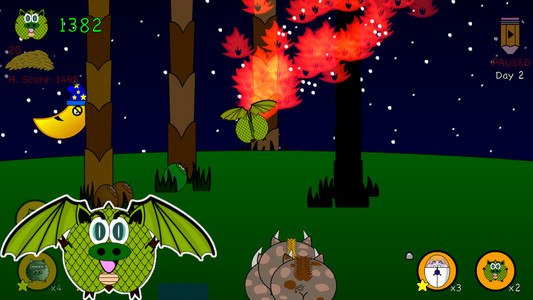 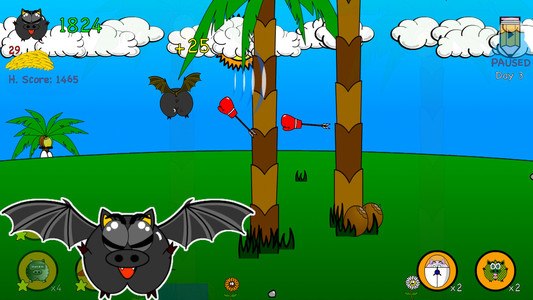 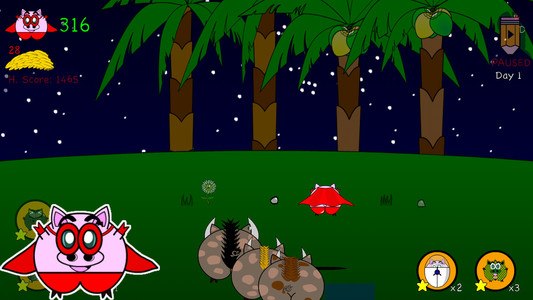 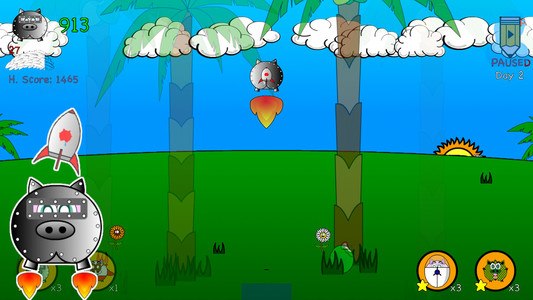 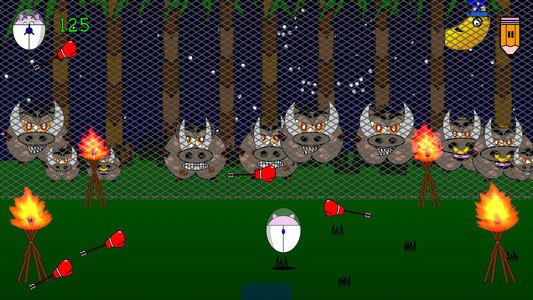 "Fly and transform through this front-scrolling fast action adventure game!"

Paper Pig is centered around a little pig named Papi who exists on a piece of paper. He draws his world to life with a mysterious pencil and the help of a special monkey friend named Mamo who brings color and wonder to his plain world. Mamo is kidnapped and Papi must venture into the world they created to find his friend.

Help Papi traverse through the jungle, avoid enemies and all sorts of dangers by using power-ups that transform Papi into special forms. Each form carries unique strengths and weaknesses against the dangers the little pig will encounter. Earn coconuts to open all the different forms the pig can draw from his imagination. Purchase mini games with your hard earned work to reveal certain story elements.

Paper Pig Features –
- Unique point-of-view action where instead of the classic side-scrolling, you fly forward and dodge dangers
- Power-ups help Papi transform into various special forms with its own unique strengths and weaknesses
- Earn coconuts to use them as in-game currency and improve your character
- Unlock mini-games with your hard earned work to reveal certain story elements PaPi went through

Paper Pig Power Forms –
Paper Pig – Collect feathers to improve Papi’s flight and move quicker.
Iron Pig – Fire rockets to destroy trees, arrows and snakes. Iron Pig’s armor protects Papi from the wild pigs (Wildies)
Super Pig – Punch through trees, arrows, Wildies and snakes, but avoid the nets. Fly through the jungle easily in this form.
Portal Pig – Open up portals to avoid all the dangers in this completely defensive form of Paper Pig.
Dragon Pig – Transform Papi into a fire-breathing dragon to burn all the trees in his path and to burn his way out of a net.
Bat Pig – Paper Pig’s newly added form. Use Bat Pig to fire sonar blasts against Wildies, snakes and arrows.

Paper Pig Mini Games –
Portal Dodge – Papi is captured by the Wildies and must endure an endless amount of arrows being fired at him from both directions. Help Papi survive as long as he can to earn additional coconuts in this fun mini game.

Flap that Bat – A Flappy Bird type mini game where you use Bat Pig through a dark and gloomy cave. Help Papi get as far as he can by avoiding the pointy ground and the hard stones in his path.

Paper Pig Enemies –
Arrow Gloves – These arrows pack a punch and will knock Papi and some of his power forms out of the air. Fly away or dodge to avoid.
Wildies – These wild pigs show up at night and chase Papi. Paper Pig moves faster at night and will constantly get faster as the days pass.
Snakes – Snakes will show up on the 3rd day. When the leaves rustle and fall, watch out as the snake is coming down to eat Paper Pig up.
Net Goon – A special Wildie that is not afraid of daylight. This guy will show up on day 4 to try and capture Papi and bring him down. Only Dragon Pig can burn his way out of the net.
Coconut Trees – Fly, glide, dodge, flap and just avoid hitting these trees during your flight through the jungle.