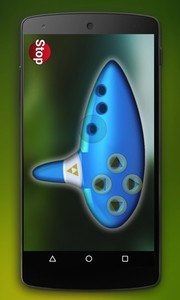 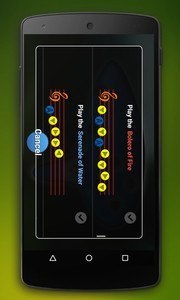 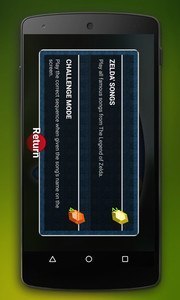 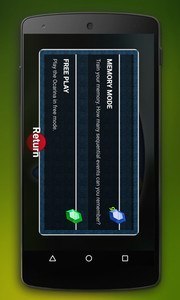 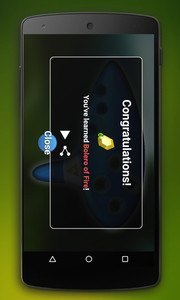 Play the ocarina and all the famous songs from ‘The Legend of Zelda’ on your Android device.

Ocarina of Time is often considered to be one of the greatest video games of all time, and over a decade after its initial release, it still possesses the highest average score of all professional video game reviews for all video games. The game reveals the genesis of the fantasy-land of Hyrule, the origin of the Triforce, and the tale of the first exploits of Princess Zelda and the heroic adventurer Link.

Link is given the Fairy Ocarina near the beginning of the game, which is later replaced by the Ocarina of Time, given to him by Princess Zelda. Throughout the game, Link learns twelve melodies that allow him to solve various puzzles and teleport to previously visited locations in the game.

The button layout of the Nintendo 64 controller resembles the holes of the ocarinas in the game, and players must learn to play several songs to complete the game. All songs are played using the five notes available on an ocarina.

The melodies and notes are played with the "C" and "A" buttons on the Nintendo 64 controller which have been adapted for this game app. Experience this in your mobile right now! Invite friends and challenge them to play, share on social media and have fun!
›

Download Ocarina of Time 1.9 APK Android Game for free to your Android phone

Alternative Games to Ocarina of Time