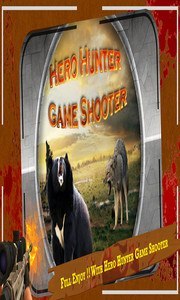 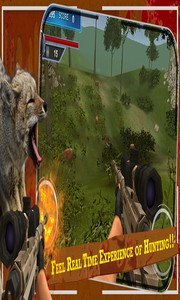 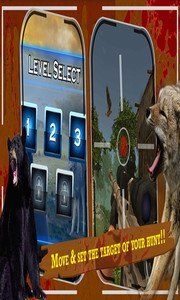 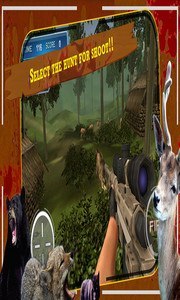 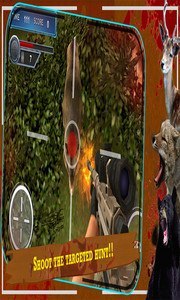 The game is on as you set foot into the wilderness of deadly forest locations to hunt deer and face off against the mighty threats the jungle has to offer.
Show your ultimate killer and survivor instincts as you prey your deer targets, while it might be you who could turn out to be one, being ambushed by all corners from wild wolves, eagles, bear and tigers.

The hunting grounds take a different take on an fps sniper shooter action, as our hero hunter is a potential predator as well as a prey.

While taking out deer as targets, there will be an onslaught of fierce jungle animals from everywhere, so having quick reflexes and a will to survive is of extreme importance. There won’t be a place left to survive as land attacks will be followed by an air ambush from overhead eagles.

Earn rewards with each successful hunt of deer, with added bonuses available for eliminating invading animals like wolf, bear, eagle, bear and tiger.

Earn bonus rewards for taking out deer with headshot as compared to body shots. Starting over with an initial training run, where players have to hunt down different animals at will, the upcoming levels will be time based and taking shots at long yards will prove to be a challenge, even for our great hero hunter.

Earn rewards and utilize them to purchase and unlock attachments and powerups for your sniper rifle. As the levels and hunting distances increase with each successful hunt, unlock scope zoom, reloading speed and ammo capacity to keep an edge over the fierce jungle opposition.
›