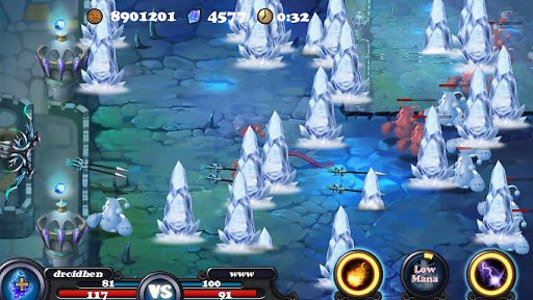 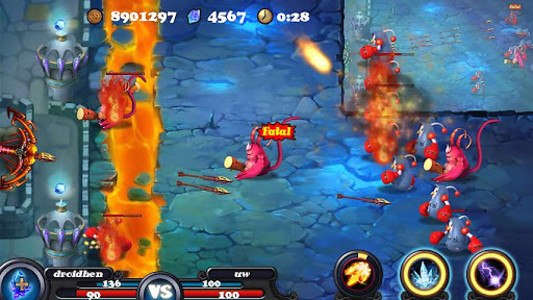 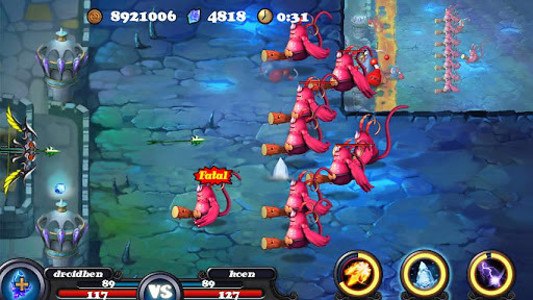 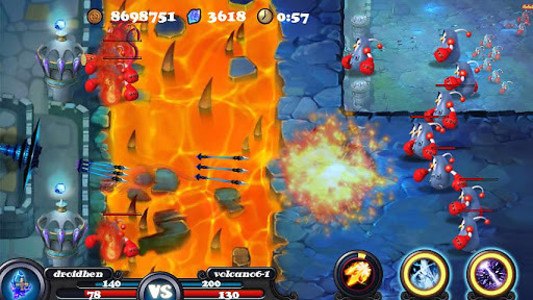 Defender II, the ultimate tower defense is coming with many new features!
Waves of monsters are attacking your castle. They move fast, strike hard, and never give up. However, Defender is more powerful than ever before! What's more, Lava moat, Magic Towers will fight together with Defender!

Game mode
# Local mode: Defeat waves of monsters.
# Battle mode: Compete with opponent - The one stays LONGER is the WINNER!

Watch out, intruders will be stronger and stronger. New BOSSES will come out as stage goes. Be the hero, and win the HONORS!

Any suggestion/feedback is welcome!