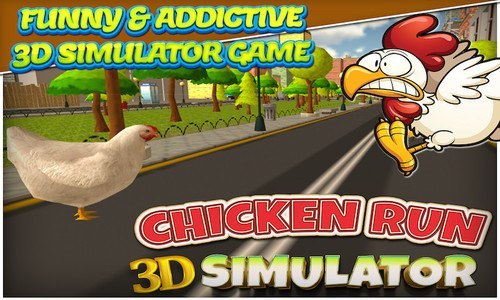 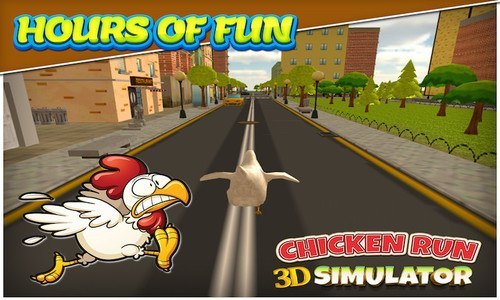 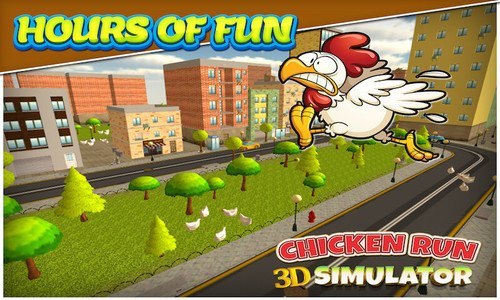 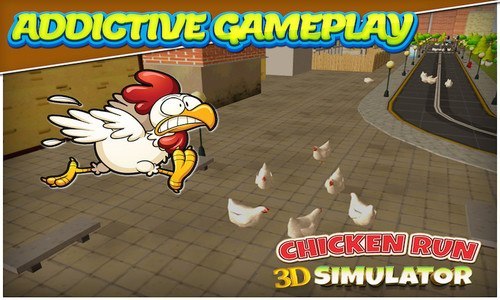 Chicken Run Simulator is a simulating game in which you being a chicken runner and simulator can explore the vast city in this chicken run simulator 3d game. Go wild in the real city environment. Chicken Run Simulator 3D is a realistic exciting game where you have to help the chicken to run, jump and reach your goals in each game level. Chicken Run simulator is a simulator game of chicken who have to run fast and beat the time to finish the levels.
Get ready to take up the extensive challenge in chicken run simulator 3D; running like a real chicken in this simulating game is a dream. You can fulfill your goals by downloading and playing this extreme chicken run simulator game, you can feel the beauty of a fat chicken which has been out from its flock from the farm and lost its way out from the dense green farm house and now roaming freely into the busy streets of the beautiful city.

Chicken Run Simulation 3D is a role-playing simulator game, make your chicken jump high, run fast, and trot in this chicken run sim app, enabling the player to be a fast runner and a simulator that will lead the player into the virtual world as a chicken runner. This virtual chicken is on a disastrous run in the city, running, jumping and crossing hurdles, destroying, crushing, damaging and ruining the beauty of the city by hitting lamp posts, trees, telephone booths and anything that comes into his way, this endless running game will lead you to the simulation addiction and excitement. In this simulation game of Chicken Run Simulator, health is the basic concern and you need to maintain your health and energy to survive in this game of chicken run, as the chicken is on the run and enjoying its escape from the farm house, once it feels tiring, its health level starts dropping its speed will gradually slows down, you need to rest the chicken before it gets on the move again, while simulating and roaming wildly in the city you can see beautiful landscape with buildings, lush green grounds with grass with realistic views of city landscape. You have the best opportunity to be a perfect chicken simulator to play this escapade 3D chicken run simulator which sims and its a realistic time killer game among all simulation games you ever played or downloaded before. The most realistic and beautiful Chicken Run Simulator available on Google Play! Play as a real chicken and get ready for some realistic chicken adventures!


HEALTH AND SURVIVAL
The city is busy and survival is only to maintain your health and take frequent stops to get energy.


GET POINTS AND LEVELS
Try to take maximum points and challenge your family and friends in this exciting 3D Chicken Run Simulator game.

★★★★★GET CONNECTED★★★★★
You can join our Facebook page to get latest updates & promotions:
https://www.facebook.com/LingoMobileGames
›