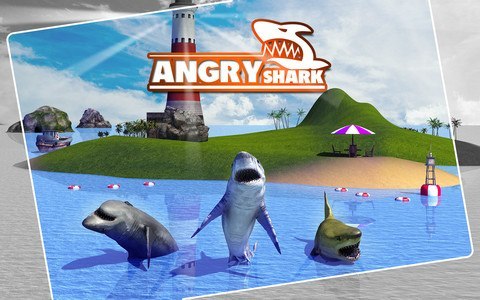 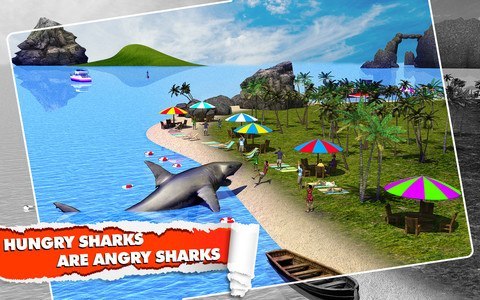 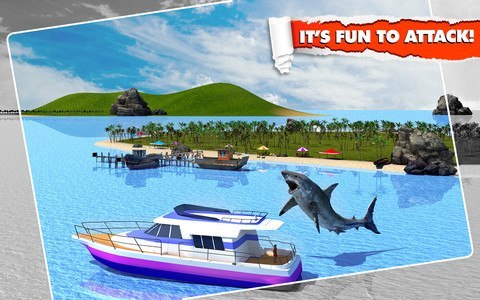 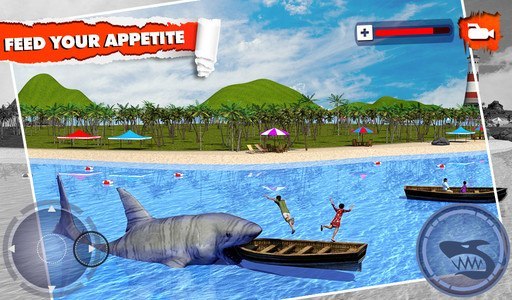 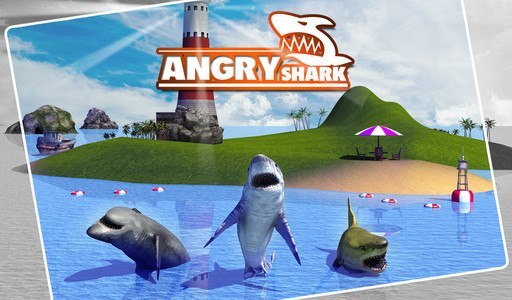 For the first time, YOU get to be on the evil side, become a vicious blood thirsty SHARK. With all its terror, spread chaos on a beach full of people. There is little more exhilarating than getting to play as a shark and eating everything in your path! Attack people on boats and relaxing under the sun, or hunt down fish in the water - it doesn’t matter for you are the king of the sea. Remember a hungry shark is an angry shark, rule the seas!

With this exciting title, you can play with different kinds of great sharks. Control their water and land movements with easy simulator controls; remember to not let the beach goers relax! You can attack at every chance you get so feed your appetite and complete missions!

Angry Shark Simulator 3D features:
• 3 giant and wild water beasts - command your shark and attack
• 30 angry shark missions for you to create as much chaos as you can
• Real water physics, cool shark movements, and animations
• Awesome 3D graphics and realistic water environments including beaches, docks, and the open sea

A MUST TRY, and an ultra awesome, fun game! Angry Sharks are here to rule the animal kingdom and dominate all other simulators. No one can be saved from the hungry jaws of the apex predator, the giant shark!