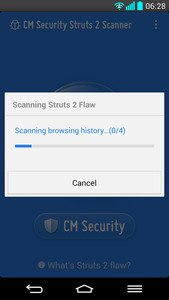 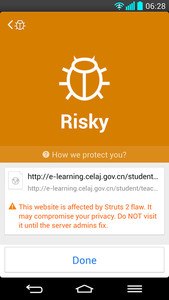 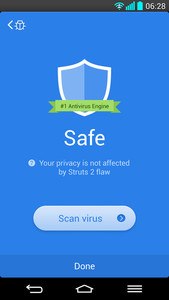 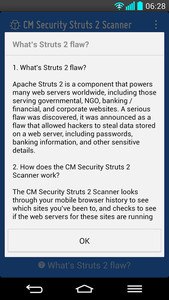 What's Struts 2 flaw? Why you should care about it?

Apache Struts 2 is a component that helps developers to build websites using Java technology and powers many web servers worldwide, including those serving governmental, NGO, banking / financial, and corporate websites.

A serious flaw was discovered, dubbed “S2-020???, it was announced by the Struts 2 team as a flaw that allowed hackers to steal data stored on a web server. Data that could be stolen included passwords, banking information, and other sensitive details.

We advise you to wait for website administrators to take remedial measures, and to avoid transmitting sensitive data on these sites until this happens.

☆ Developed by CM Security, the world's most trusted Android antivirus.

☆ Scan your browsing history and detect whether your recently visited websites are affected by Struts 2 flaw.