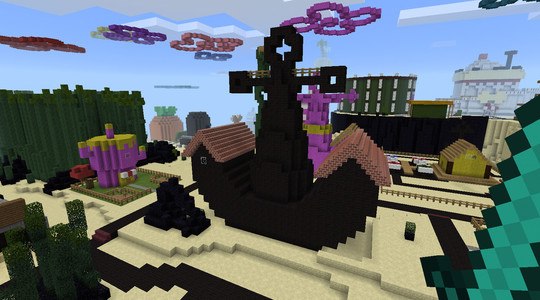 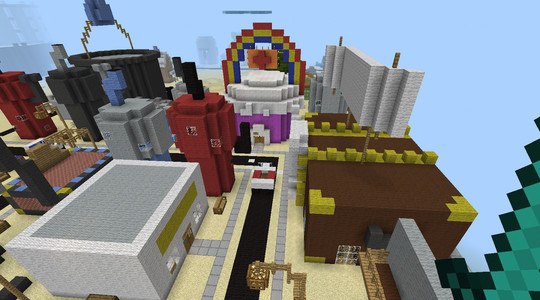 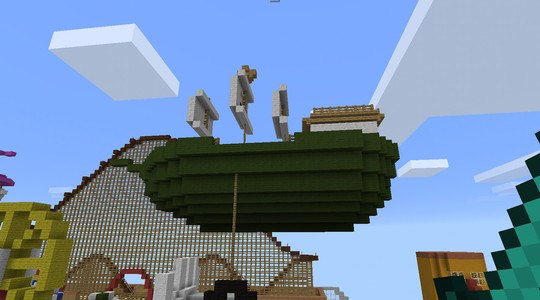 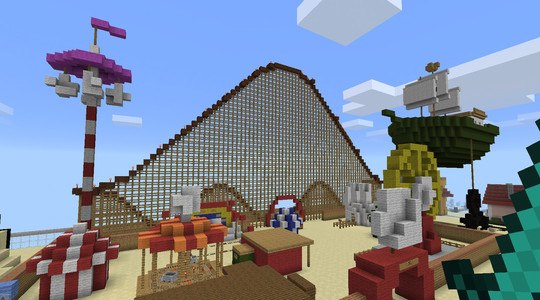 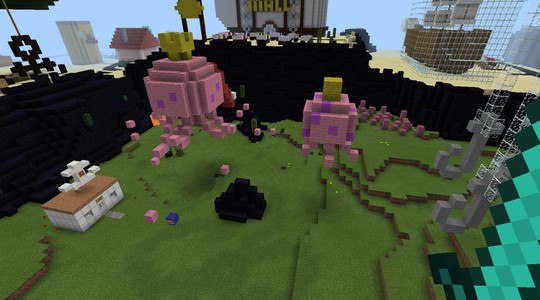 We glad to present you new spongebob squarepants minecraft map!

If you know who lives in a pineapple under the sea, you would like Spongebob Minecraft Bikini Bottom. With this app you will find all your favorite characters and buildings. With Bikini Bottom minecraft Spongebob map each player will dive into cute world of sweeties Sponge Bob and Patrick.

Bikini Bottom the main site of action in animated series and this game. The town Bikini Bob minecraft consists of a set of metal, stone, brick buildings and fruit, restaurants, shops, stadiums, amusement parks and other attractions. Outside the city Spongebob Minecraft Bikini Bottom there are mountains, forests, lagoons, caves, reefs, rivers, deserts and fields of jellyfish.

Spongebob Squarepants Minecraft Bikini Bottom is a cooker in a restaurant, where he was awarded the title of employee of the month 1,000,106 times. Spongebob in Minecraft games lives with his pet snail Gary.

The Bikini Bottom minecraft Spongebob map is very suitable for the role-playing game on the server, where you can settle and equip your home, and with the addition of plugins and mods you can make a nice town, where they will live and work players with Bikini Bottom minecraft games with Spongebob. It is just a perfect map Spongebob minecraft games for free, with beautiful buildings if you are tired of the role-playing servers where built a huge skyscrapers and medieval villages.

What is waiting for you with Spongebob squarepants minecraft? Perfect picture and a lot of fan.
The process of the Minecraft Spongebob games for free similar to the original Minecraft. Here you can build a world of bricks that you wish Minecraft with Spongebob, but you can destroy him. This gameplay certainly have you on the soul, it combines an interesting story and beloved hero of the animated series. The success rate Spongebob in minecraft games project confirms the fact that came on android and Ios.
Character of minecraft Bikini Bottom has controlled with the keyboard.

DISCLAIMER: This is an unofficial application for Minecraft Pocket Ed. This application is not affiliated in any way with Mojang AB. The Minecraft Name, the Minecraft Brand and the Minecraft Assets are all property of Mojang AB or their respectful owner. All rights reserved. In accordance with http://account.mojang.com/documents/brand_guidelines
›